Tasmania’s biggest farm Rushy Lagoon hit the real estate market in February, with an expected sale price of $70 million. The mammoth property is a total of 21,861 hectares and is home to four dairies, a 20 stand shearing shed, 1000 square metre workshop complex and 20 residences including a manager’s house and an overseer’s house. Rushy Lagoon is also home to 7000 head of beef cattle, 4000 milking cows and 7000 sheep which run on 7000 hectares of plentiful pasture and 7000 hectares of grazing land.

The property is located on the North-Eastland tip of Tasmania near Cape Portland. It is watered by frontage to the Mussleroe River plus several creeks, dams and troughs fed by three equipped bores. The average rainfall is a steady 750mm.

Bert Farquhar bought Rushy Lagoon via auction from British Tobacco in 1986 and paid $10.1 million for it. He became the first individual in Australia to pay more than $10 million for a single farm. Mr. Farquhar knew before purchasing the farm that it held great irrigation potential and that the development of irrigation was the key to success on Rushy Lagoon and later installed 128kms of channels which turned the property into what it is today. In 1997, Alan Pye. A New Zealand potato grower bought the property from Mr. Farquhar for approximately $8.6 million. ‘The Spud King’ as he is known as, Mr. Pye the current owner and his family also own Zarella Fresh a vegetable company in South Australia.

Rushy Lagoon has already generated strong buyer interest from national and international investors. It is currently offered for a sale on a walk in/walk out basis and is available as one whole property or as separate assets to suit requirements. If you are interested in more about the sale of the property, click here. 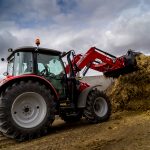 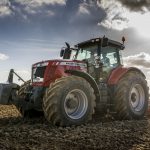